The much anticipated tribute to the late Alexander McQueen by AVENUE on Sunday at GOL was quickly filled up by a roomful of whose who in the fashion and media industry. It was no wonder why as 38 of some of Second Life’s top fashion designers were contributing their own unique design in tribute to McQueen and everyone was eager to see these designs for the first time. Spotted in the crowd were various participating designers that included the design teams of Lelutka, CHANTKARE and RFyre amongst others.

As guests arrived, AVENUE CEO & the Producer of this show and project, Rusch Raymaker played a selection of musical pieces from Alexander McQueen’s favourite musicians namely Michael Nyman and Phillip Glass. Then Angie Mornington of Fabulous Fashion TV took to the stage and took over the introductions of the show and the amazing designs unfolded to the delighted and enthralled audience. 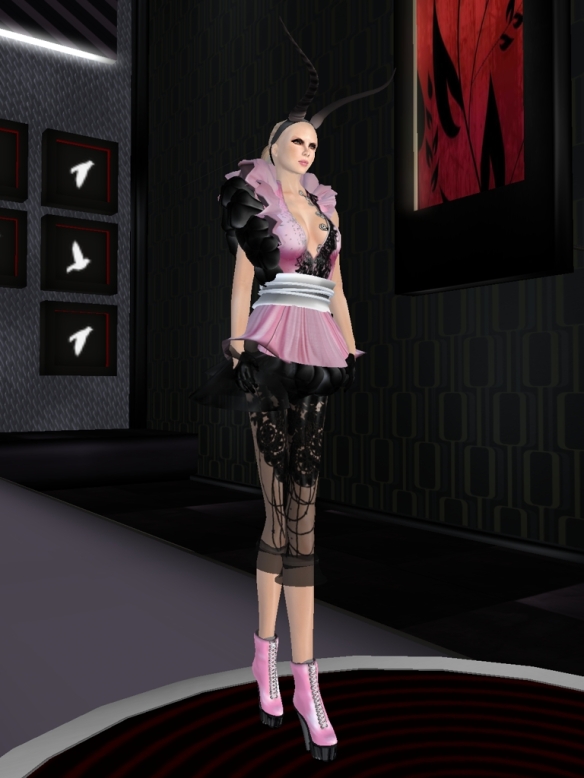 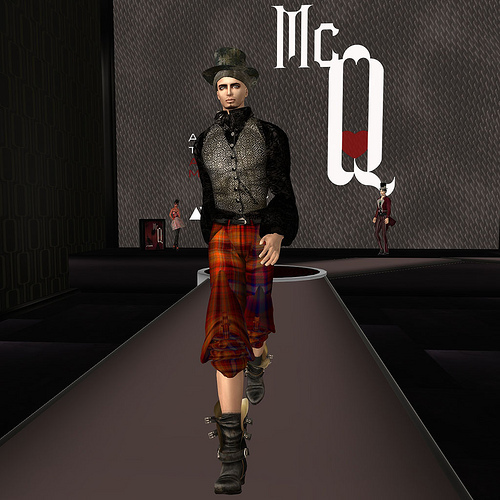 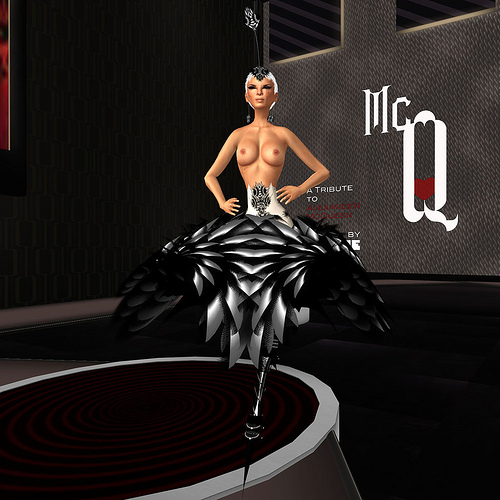 The show was a journey with the all the designers’ coming alive to Rusch’s spot on tunes that brought it to a touching climactic closing of the show with a series of Alexander McQueen’s past fashion shows. Upon the request of the guests at the show, here is the music playlist Rusch came up with :

For the Love of McQueen Show Playlist

The full collection can be viewed on AVENUE Models Flickr Gallery. These designs are now on sale and 100% of sales proceeds will be donated to real life charity Keep A Child Alive. Shop and support a good cause in tribute to McQueen. Locations and list of designers can be found here.